In the beginning was the idea, the idea generated the Line and the Line made its way.

The Via Appia, the Regina Viarum, Rome’s first road, the forgotten mother of all European roads, is retraced entirely on foot from Rome to Brindisi.

Four madmen on the loose, all from the north: Riccardo Carnovalini, perhaps the greatest Italian walker. He marked the right line, on a GPS, crossing mountains of data. Alessandro Scillitani, the invisible Emilian giant behind the camera. He too took the road, backpacking and without a support car.

Irene Zambon, silent observer, who made the logistics of the trip easy for the patrol.

And then Paolo Rumiz, the man with the notepad, a son of the eastern frontier who took up writing just to travel.

It is not just a matter of retracing the ancient Appian Way but of rediscovering it and handing it back to the country after decades of neglect and despoliation.

It is not a fashion, a marketing invention, but an unquestionable and solitary route, carved in stone, made of blood and sweat, travelled by legionaries and truck drivers, apostles and whores, shepherds and tanks, merchants and carters. 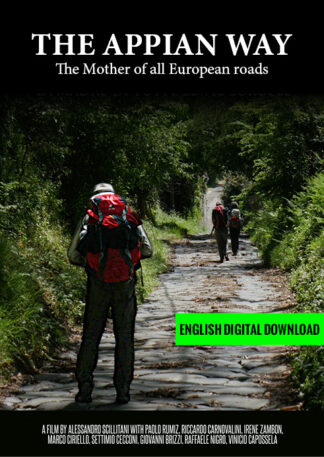