March 1975. On a spring Sunday, on the field of Parma’s Cittadella Park, two singular soccer teams face each other. The representative crew of Salò or the One Hundred and Twenty Days of Sodom by Pier Paolo Pasolini against the crew of Novecento by Bernardo Bertolucci. Two films that will mark the history of Italian cinema and that are being shot on the same days, just a few kilometers apart.
It will be an epic match, legendary in the accounts of the film people who participated in it, but virtually unknown to the public.
Meticulously reconstructing the story of that Sunday and the still living memories of the protagonists, the film touches on several topics: the atmosphere of the sets of those two great films of Italian cinema, the contrasting relationship between Pasolini and his former pupil Bertolucci, the link between the latter and his Parma and peasant roots. Over it all hovers, like a red thread, the relationship between Pier Paolo Pasolini and soccer: inexhaustible passion, continuous and almost obsessive practice, an expression of pure vitality, even of a possible happiness. 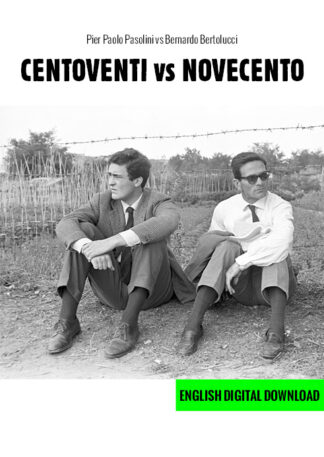